JAMOR WITHOUT SWEETS, SOME PRANKS AND LOTS OF FIELD HOCKEY

With the clouds and rain removed from the last few days, the weather opened this Sunday on a sunny morning, with excellent conditions for the practice of any sport. Jamor was full, as on any Sunday, but the center of attention was the synthetic field of field hockey, where the Halloween Tournament, organized by Casa Pia, took place. The unmistakable sound of childish joy flooded the valley of emotions and the meeting of generations.

In fact, the Jamor field is the only one in the entire southern region and is home to the three Lisbon clubs that play field hockey: Casa Pia, Clube de Futebol Benfica – affectionately known as Fofó – and Lisbon Casuals Hockey Club, from Cascais. 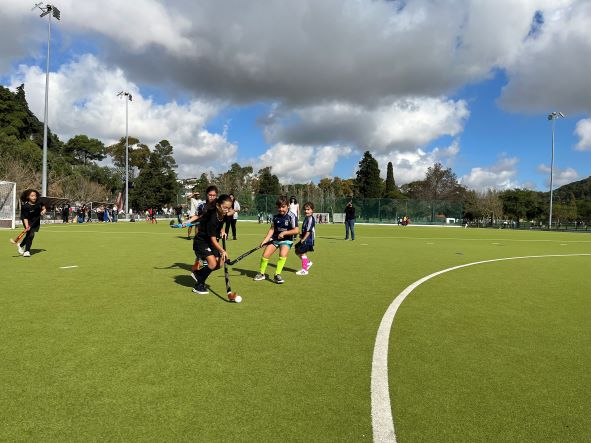 Maegan Silva, coordinator of field hockey at Casa Pia and organizer of the tournament, explained the competition format, which involved close to a hundred children, from the under 8, under 12 and under 15 levels.

“It is an immense joy to see them here playing! It's outdoors, there's a children's playground right next to it that they use in their downtime while they're not playing. Training alone is not enough, kids want and need these environments, more convivial than real competition. Many of them reach the end of the game and don't even know what the final result was.”

The same Casa Pia official regretted that field hockey is not part of the School Sports project but added that resilience is the mother of all virtues in these circumstances. 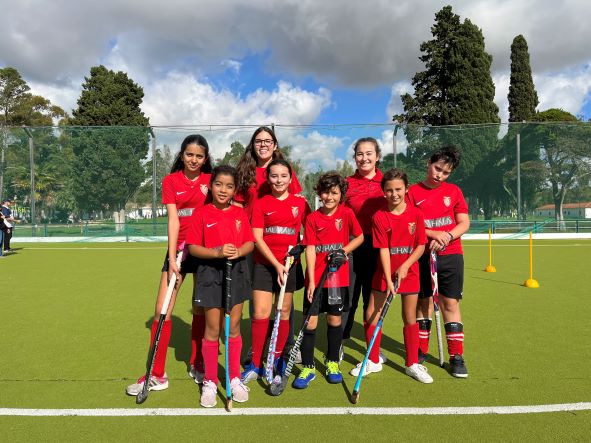 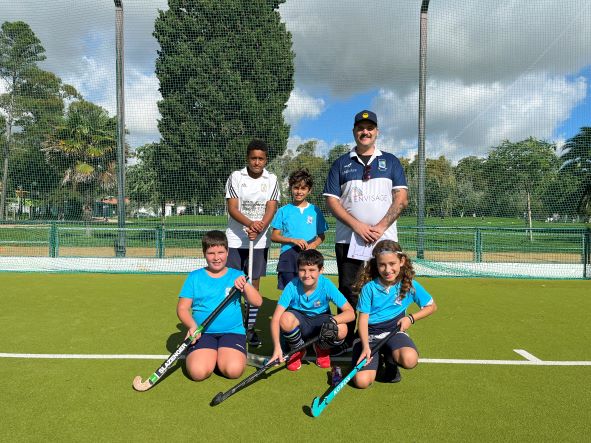 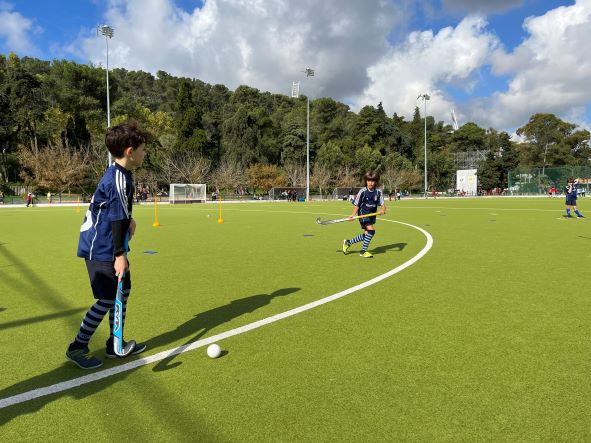 “We managed to get more people involved in the sport and we already have a good program of visits to Casa Pia schools. Jamor is everyone's home and it's very healthy to see the most diverse sports to be practiced here. It is a unique, impressive space.”

The name of the tournament was only noticed in some paintings alluding to the date on the children's faces, but what was really important was the interaction between everyone. Some were so young that the coaches had to spend some time explaining the difference between right and left by the way they held the stick. “Remember: the right hand is the hand that holds the pen and the left hand is the one next to the heart”, explained a monitor to one of the teams. Once the recommendations have been made, it's time to play!